Sharing the road with large commercial trucks comes with significant dangers for passenger vehicle drivers. The difference between the sizes and weights of these vehicles can lead to catastrophic damages and injuries to those inside the smaller vehicle in an accident. To reduce the amount of time these vehicles occupy a highway together, California lawmakers created truck-only lane restrictions. It is currently one of the only states in the U.S. to do so. If you suspect a truck driver of violating a safety regulation or failing to use the truck-only lane in relation to your accident, contact a qualified Los Angeles truck accident lawyer for assistance in bringing a liability claim. 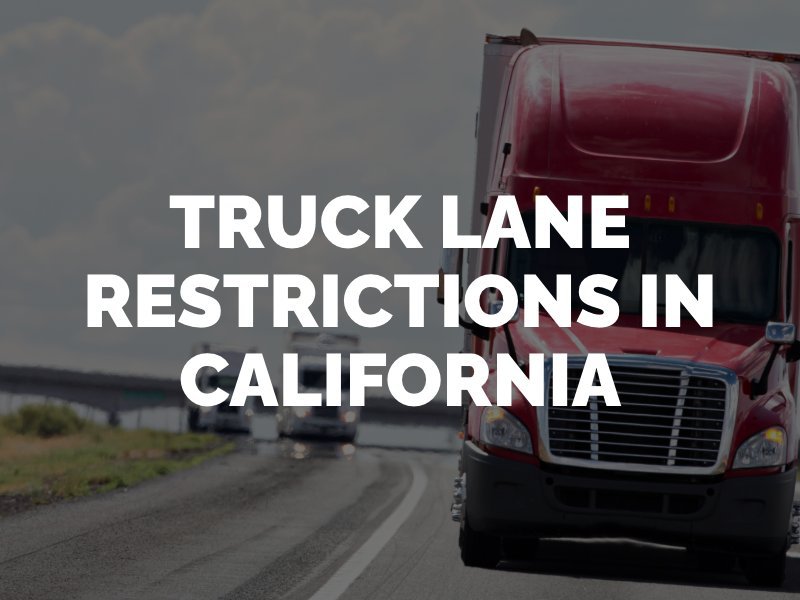 What Are Truck Lane Restrictions?

California sees more 18-wheelers and tractor-trailers roll through it than most other states due to a large number of ports. For this reason, in the hopes of keeping all motorists safe, lawmakers enacted new rules to separate large trucks and passenger cars. California created truck-only lanes designed solely for the use of large trucks. These lanes separate commercial trucks and other large vehicles from smaller vehicles to enhance both the safety of motorists and the flow of traffic. California’s truck-only lanes are unique in that they do not allow other vehicles to use these lanes. Other states restrict trucks to certain lanes but do not restrict passenger cars from using them.

The law requires trucks to use truck-only lanes when they are available. This requirement not only applies to commercial trucks with three or more axles but also other large vehicles, such as U-Hauls, motorhomes and vehicles towing other vehicles. On regular highways, these vehicles cannot exceed speeds of 55 miles per hour in most places. Due to these speed limit restrictions, California does not permit large trucks to use the left lane on highways. Trucks must use the far right lane if there are three lanes or fewer traveling in the same direction. Failure to use the right-hand lane could lead to a $250 fine for multiple offenses.

It is the California Highway Patrol’s duty to enforce the state’s truck-only lanes and other highway restrictions for large trucks. Truckers in California must also follow regulations under the Federal Motor Carrier Safety Administration (FMCSA). The FMCSA controls the trucking industry nationwide. It has dozens of rules in place to increase the safety and efficiency of common carriers. These rules touch on everything from truck driver alcohol testing to fleet maintenance requirements.

The FMCSA aims to reduce large truck accidents and related injuries and deaths by regulating the safety of the trucking industry. All carriers and their employees must abide by the FMCSA’s rules and regulations. Failure to do so, resulting in an accident, could lead to liability against the trucking company. If a truck driver breaches an FMCSA rule or fails to use California’s truck-only lanes, the trucking company could be vicariously liable for a resultant crash. The rule of vicarious liability holds most carriers liable for the actions of their drivers.